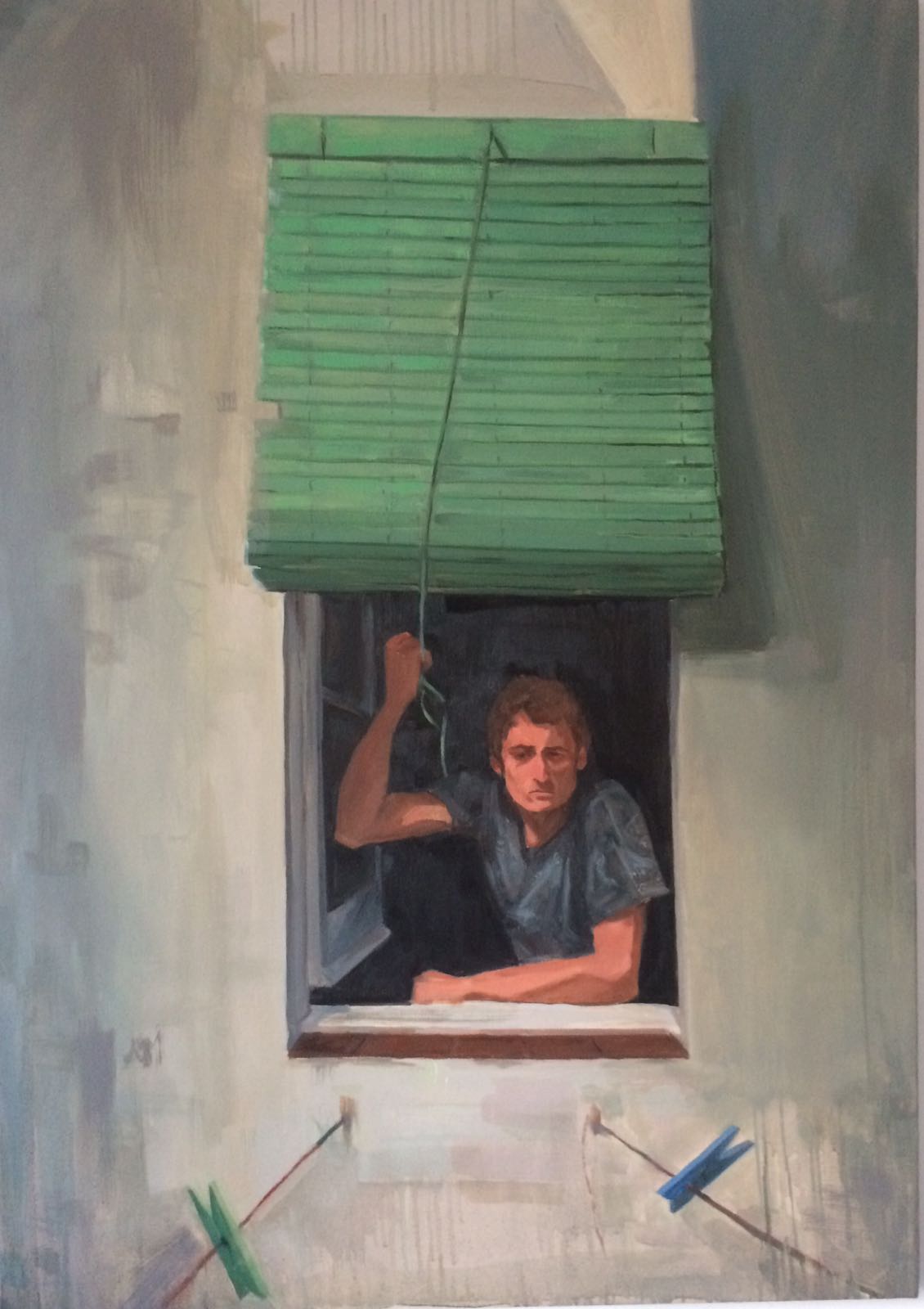 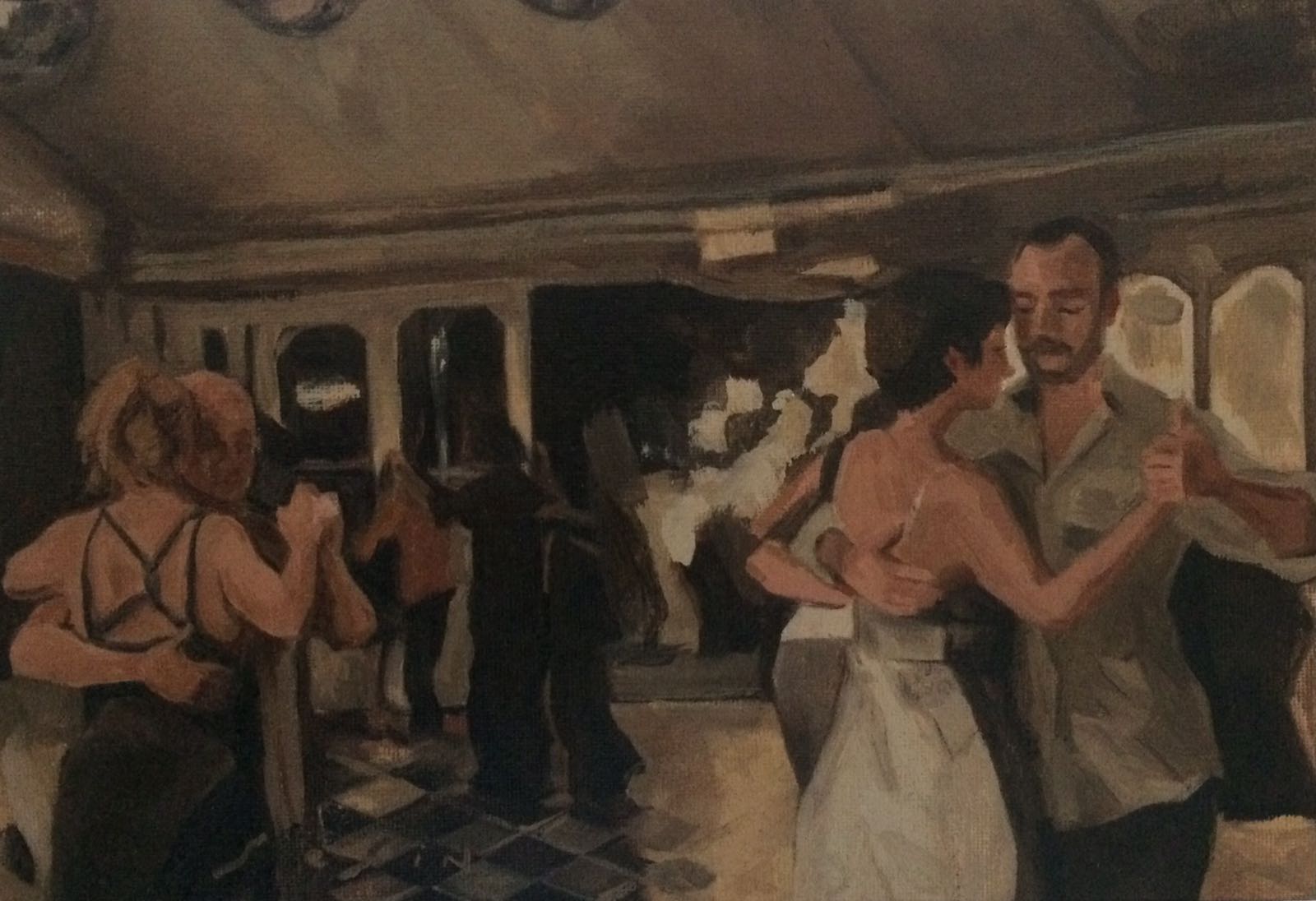 In the corner of the ball, Gerardo Sesin  is watching. The yellow of the lights, the velvet of the gestures. Is he following the memory of the 78s of his grandfather (tangos of Discépolo, of the"Polaco" Goyeneche…)? Or is it the intense presence of these fans – dancers and orchestras of La Boca, his native neighborhood – despite outdated, that fascinates him?
There is something of Lucian Freud in his way of travelling around what surrounds him in his paintings, and try to find the « indiscernible areas » in which his painting could be at one with the circumstance. It is his way, according to his own words, to « embrace life ». The new paintings of Gerardo Sesin, from his series Milongas and  Escenas cotidianas, will be exhibited at the Galerie Zunzún, from July 2nd to 30th 2017.
Discover Gerardo Sesin

Please note: opening of the exhibition on Sunday, July 2nd at 5pm, followed by an alternative outdoor ball  on the place Bachelier (DJ Hubert, OtrosTangos).