An exceptional tango event for the dansers.   Openning at 20h45 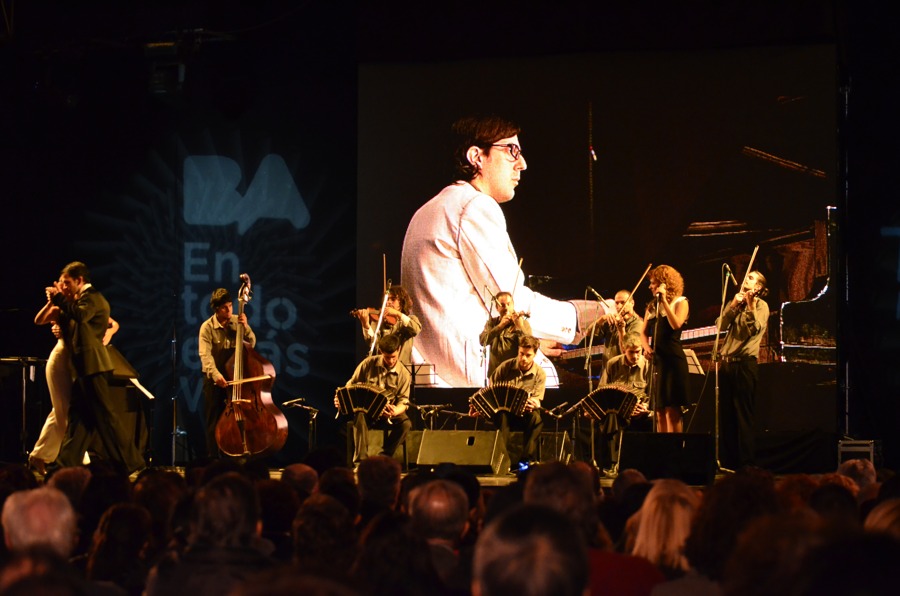 Nowadays great typical orchestra become rare. So Tangopostale is very proud to announce the coming of La Misteriosa Buenos Aires to enlighten our great bals on Friday and Saturday night of the 2015 edition.
With 10 musicians on the scene and the beautiful presence of its singer, Eliana Sosa, La Misteriosa Buenos Aires will lead the bal with the colors of the golden times of tango.
A music full of hidden treasures that one can meet only when dancing. The amplitude of Javier Arias's piano, arranger and musical director, will enhance the 3 bandoneons, the 4 violins and the big double bass.
Javier Arias suggests classical arrangements of the golden times orchestras as well as his own compositions born of his passion for Carlos Di Sarli's style. The experts of the orchestra already know that the takeoff of the milongas with La Misteriosa Buenos Aires is outstanding. 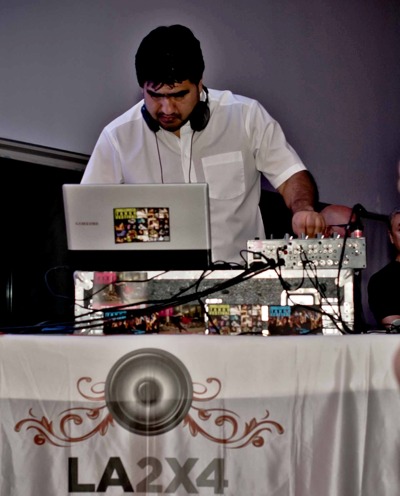 The ball will be hosted by Marcelo Rojas, one of the great and emblematic DJs in Tango. He is one of the most famous DJ's in Buenos Aires and internationally. Currently he is musical advisor for the city government of Buenos Aires, programmer at the official radio of Tango of Buenos Aires "La 2x4" and DJ at the Confitería La Ideal. He has been hosting the most famous milongas of Argentina and Europe. For several years now, he has been taking part in the major festivals of Latin America, Europe and Asia.
The great succes he met already here in 2014 leads us to invite him again for 3 events!. 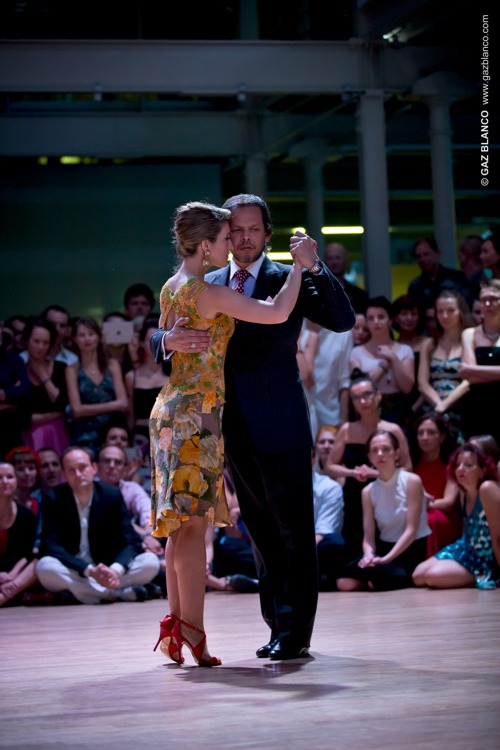 Fabián Peralta et Josefina Bermúdez, are the maestros for Tangopostale 2015. They'll offer training from Friday to Sunday (to se more, clic here please) and they will offer a show between both sets of Marcelo.

Fabiàn Peralta practiced as a dancer in several " casas de tango" in Buenos Aires, He was Artistic Director for the Corporaciòn Tango show and he performed in TangoX2, Solo Tango and Copes Tango Copes. He has been teaching at the Carlos Copello tango school for 5 years now and is used to be invited to festivals around the world. He won the International Tango Championships (Tango Salon Category) in 2006 of which he still is very proud.

Josefina Bermudez Avila was trained in Modern Dance at the dance school of Oscar Araiz and danced in the company managed by said choregrapher. She discovered tango at 11 and since then all his training and carreer has been divided between both dances. She has been practicing for 2 years at the Carlos Copello tango school and went with Fabiàn to a worldwide tour in 2014 until Toulouse in 2015 for TANGOPOSTALE.

NEW: for both evenings at Mermoz, Tangopostale will meet the expectations expressed in the 2014 evaluation form so to reduce the number of breaks. The DJ's will have two longer slots separated by a large set of the MISTERIOSA (instead of 2 shorter sets).

L'expoésie will be here for the night

Peoples (click on a name to get more informations) 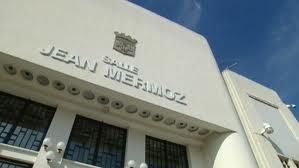 Located in the Parc Municipal des Sports (Municipal Sports Park) in Toulouse, the Salle Mermoz is an imposing building with a beautiful art-deco façade and a monumental staircase.

In the lobby of this generously-sized hall you can find refreshments, have quick snack at the “Café Tu Luz”, or stroll among the exhibitors’ stands presenting dance shoes and clothing as well as a cultural area.

The dance hall, with sound and lights provided by seasoned professionals, will be equipped with a 400 m² dance floor bordered by a small army of fans. You can also talk quietly at a table, listen to the orchestra and watch the demonstrations given by the “maestros”.

Different ways to get to the Salle Jean Mermoz:Click here to see our recommendations.

To see the route if you are coming by car: