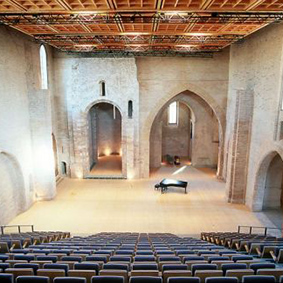 “Our proposition of turning their friendship into complicity on stage immediately seduced the members of the Luna-Tobaldi Duo and the Tanino Trio, who will perform together for the first time, to our great delight!

After two tours in Europe and an expanding discography—their last and ambitious album, Más allá, was released in 2016, the Luna-Tobaldi Duo (bandoneon/voice and guitar) is one of the rising stars of the 21 Tango.

Just like Tanino Trio! Music lovers and dancers had the chance to enjoy their so peculiar musical flavour at their first concert for Tangopostale in 2014.
Santiago Alvarez’s harmonica, at Fernando Sanchez’s side (guitar), admirably follows in the best folk and tango harmonica-players’ footsteps such as Hugo Diaz and Franco Luciani. The German violinist Katharina Diessler adds a lyrical expression to Trio Tanino’s music.

The musicians of this evening concert belong to the same generation. They love encounters, spontaneity, creativity and freshness. Thanks to their high musical standards and their mastery of the huge tango and folk repertoire, they all stand ready to feel and play on the spur of the moment. An exceptional concert is coming ahead!”